On 6th of September, Cachix experienced 3 hours of downtime.

We’d like to let you know exactly what happened and what measures we have taken to prevent such an event from happening in the future.

The backend logs were full of:

Most importantly, there were no logs after downtime was triggered and until the restart:

Our monitoring revealed an increased number of nginx connections and file handles (the time are in CEST - UTC+2): 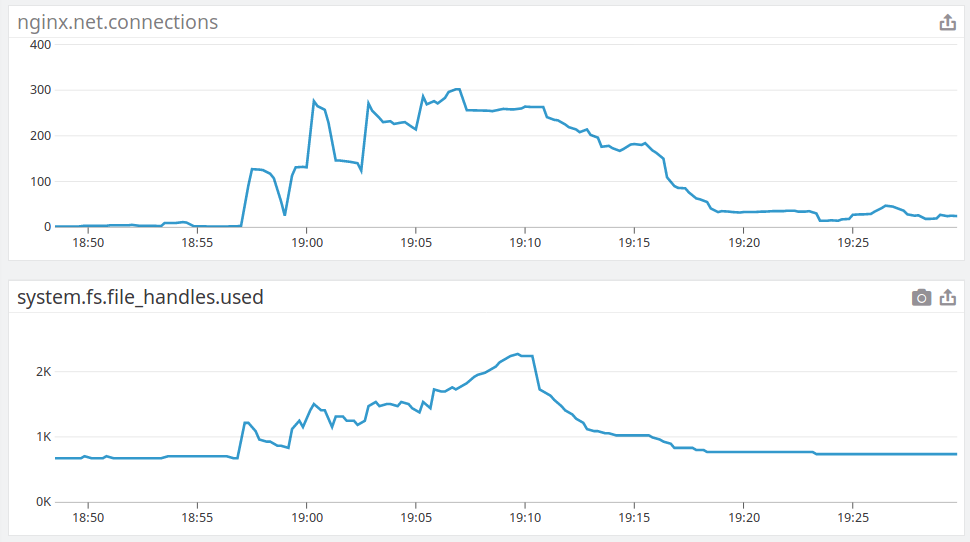 We’re confident such issues shouldn’t affect the production anymore and since availability of Cachix is our utmost priority, we are going to make sure to complete the rest of the work in a timely manner.